I’ve added this news to my social media, but in case you’re wandering these desolate parts, I have news! I’ve recently (finally) announced my next series with Random House. I already have a splendid little write from PW, and here ’tis.

If you like loser teens, dragons, life-or-death competitions, empires, goats, sword fights, arguments and unlikely friendships (and enemies) this will be a series for you. More to come soon!

Countdown to A POISON DARK AND DROWNING

We are 12 days out from the release of APDAD. The difference between this time last year and now is staggering. Last year, I was a wreck. This year, I’m a wreck who knows how to handle being a wreck. Experience is a good thing.

Counting down to September 19, I’m doing a quote a day. It feels only right to start off with the first line of the book: 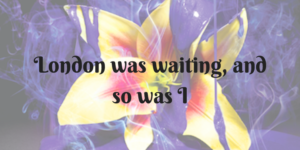 Pre-order campaign for A POISON DARK AND DROWNING

Man, I need to update this more often. And by more often, I mean more than once a year. One day. One day that will happen.

Anyhoo, I have a little preorder campaign for all (you guessed it) preorders of APDAD. Information’s below, but basically if you ever wanted a signed bookplate AND to hear Blackwood’s moody, broody thoughts regarding a certain young lady main character, this is your chance. At long last.

Last day to enter is September 19, which coincidentally is the day A POISON DARK AND DROWNING hits shelves. Don’t waste time! Order today! 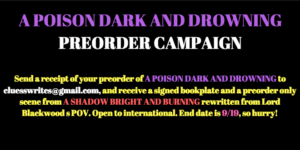 On tour! And a few monstrous things

All right, the 2016 Fall Touring With Bigger And Cooler Authors Tour Thing has begun! For short, it’s 2K16FTWBACATT. You know, if you want to hashtag it.

I got sort of trapped in the airport yesterday, because our plane got struck by lightning somewhere over Texas and they needed to check it out to make sure it was cool and what not. Which meant we got to sit there while the pilot kept getting on the overhead to announce “So it looks like we found the exit mark. Definitely shot through the engine. We’re trying to see if we can salvage it.”

They could not salvage it. Because lightning.

I had to miss the first stop on 2K16FTWBACATT as a result, but I’m in San Francisco now, and ready to meet everyone at Books Inc tonight, with Kiersten White and Arwen Elys Dayton. Shenanigans will abound.

Finally, since it’s the week leading up to Halloween, I’m posting little “fact sheets” about each of the Seven Ancients in A Shadow Bright and Burning. One thing I’ve heard over and over again these past few weeks is that people really love the monsters. Which is good, because I’ve always been partial to monsters myself. So there’ll be a new Ancient every day this week, leading up to Halloween.

Here’s the first: Molochoron! Kind of the cuddliest, if you don’t mind getting slimed on. Or eaten. 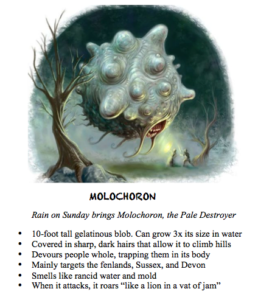 Posted in Uncategorized Comments Off on On tour! And a few monstrous things

This is not a blog

Not yet. But it will be! It is becoming a blog!

Posted in Uncategorized Comments Off on This is not a blog

Welcome to WordPress. This is your first post. Edit or delete it, then start writing!